Club Talk: motorsport is so expensive, isn’t it?

But Motorsport is so expensive, isn’t it?

Like most people, I used to think that any form of Motorsport was expensive. Something for the rich to play at or the lucky who get sponsored but their local business. And yes, if you want to do a full season in the National Rally Championship or race on track in one of the formula’s then you will need many thousands of pounds. But what most people don’t realize is, there is a grass routes Motorsport in the UK, supported by MSUK the governing body in the UK. This grass routes start includes things like autotests, slaloms and Targa rallies, all of which usually cost less than £100 to enter.

The next argument I usually here is ‘ah but you need a fancy car to do that sort of thing’. Well no you don’t. I haven’t got a large Motorsport budget at the moment so I set out to see how much fun I could have and for how little money. I bought an MOT failure Ford Ka 1.3 for the princely sum of £80. I checked it over to make sure it was safe, the battery was secure, seat belts worked and the brakes worked. I booked a place on a grass slalom for £30, put £10 of petrol in it and off we went. We had a blast, lots of fun, friendly people and we were out there competing. Unfortunately we had one small hiccup in the day as the heater valve blew and we had to leave one of the tests in a cloud of steam! Valve bypassed, carry on. A new valve was fitted the following week which cost £9.95. I have done a couple more slaloms in it since and had a lot of fun.

The Ka has proved to be the ideal car for it as its short and handles reasonably well. Its easy to drive and sometimes the handbrake even works. I have just had to buy two new wiper blades for it as the rubber had come off the old ones which cost £7.04. So there you have it, total cost to date just £100 plus entry fees and fuel. You don’t have to buy a Ka and you don’t have to stay with slaloms but it’s a very affordable way to get started. By getting out there doing it I’ve met some great people and made some new friends. For number of smiles per pound I think its hard to beat. But Motorsport is really expensive isn’t it !

Bournemouth & District Car Club All Rights Reserved © 2017
Website made by Digital Storm LTD
This website uses cookies to improve your experience, assess web traffic, adhere to security protocols and comply with GDPR regulations. We would ask you to accept this standard policy for all secure websites but you can opt-out if you wish. AcceptReject Read More
Privacy & Cookies Policy
Necessary Always Enabled 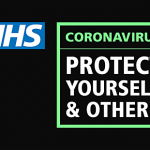